Glasgow based band Mummy Short Arms have formed just over a year ago and they’ve already managed to record a full length debut album called Old Jack’s Windowless Playhouse, which has been released on Monday 21st May.

I’ve been looking forward to this album since hearing their released singles Change, Cigarette Smuggling and Silicone Dream (watch videos below), which are nothing but original, crazy and fun – just totally different from anything else you come across these days.  I could not wait to hear what else has this band in store. And what an experience it has been listening to this record!

I am a big fan of unique vocals and here I definitely discovered a voice that’s not easy to compare. Singer James Allan is surely going for it with his howling-like voice that might surprise you at first but after listening to the full album, you cannot imagine the songs without it. It’s something that makes Mummy Short Arms who they are.

There should always be that special thing which makes any band stand out – in this case it’s James’ voice and his brilliant way of expressing it. No wonder their sound has been compared to the likes of Tom Waits.

There is a strong dose of freedom and energy coming out of this record and the tracks are very well mastered musically with a great combination of guitars and synths. I fell in love with it after the first listen and maybe even more after the second.

Put the album on at any time of the day and let its feel-good powers lift your spirits right up. 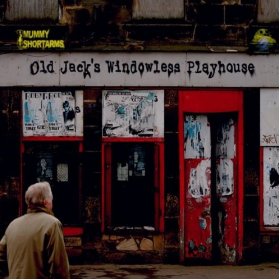