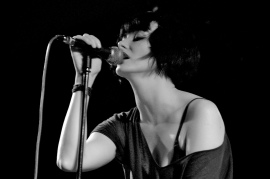 From having her songs featured in the US TV show CSI and the video game FIFA ’12 to composing the original trailer music for the huge movie hit The Hunger Games, Tying Tifanny is a multitalented artist from Italy with a strong passion for anything artistic and original. Unique, charismatic, true to herself and not afraid to express all the feelings from the various beauties of the world, TT’s work is never the same. Her fourth studio album Dark Days, White Nights has been released in January and as her previous works, she takes her sound to a different level and shows us all the great aspects of creating music.

Here she talks about her biggest passions – music and art, as well as her style, upcoming tour and future plans.

You have released your fourth album in January. How does this one differ from your previous work?

It’s a little bit different. I went back to work on some songs that I had left unfinished from my previous album Peoples Temple. I wanted to balance the impact and atmosphere different in attitude and expression, thus was born Dark Days White Nights. I like to generate a powerful wall of sound. Last year a lot of things changed for me and for this reason, I felt the need for a more intimate album. I like to scan the human mind, telling of issues such as the lack of communication, existential unease, the crisis of modernity… This work also talks about the great mysteries of the night and day.

What inspires you to create your music and how do you like to experiment with various forms of sounds?

Throughout my life I have been influenced by many things around me and these obviously are welcome . Like movies, books, magazines, listening to a lot of music, nature but mostly I love to observe the world, people and what it brings to my every day life.  If you take in every situation you see, there is a story behind it.
I like to experiment and discover the different sides of me to grow, without limits or musical boundaries. This pushed me to do what I’m doing.

You’re from Italy. Is the type of music genre you create common over there?

In Italy the music that works is primarily traditional folk or pop.  The remainder is totally underground and  it’s really hard to establish itself outside of these rules and very different than in Germany or UK or other countries in Europe where the alternative music is proposed by radio, various magazines and important thematic festivals.
There are only few magazines of reference, rare evenings trying to bring the genre, often hampered, but we have a lot of people who follow the scene and would like to have more opportunities to spread. Fortunatly there are independent web channels that come to the rescue.

You’ve done quite a few shows since the release of your latest album and you have more coming up, also in Germany. How has the tour been for you so far?

For the moment everything went very well, but still lacks real tour beginning in September with venues across Europe.
The gigs are very important for me. I really love the contact with people, life on the road and never stopping.

It would be great to see you play over here one day! Have you played in the UK before?

I played in the UK last summer. It was great and soon I will come back for other gigs. I have a new booking agency there  called No Wave Production.
It’s not easy to get attention in the UK because there is so much proposal as opposed to the other countries.  This time I would like to plan a tour over there seriously because I believe there is the right audience for what I propose.

You have composed the music for ‘The Hunger Games’ trailer which is a movie based on a bestselling book and has been a huge hit in cinemas. How does it feel to be part of something like that?

I grew on a lot of things and I’m still catching on a lot of things, you know. Everything is just new for me and I get to do what I want to do.
Compose a theme for a trailer like ‘The Hunger Games’ and a movie sountrack is totally different from what I usually do in music. It has been a great chance and a release in this mainstream context. I love working for film because I am asked to combine the variety of music and it’s always a welcome opportunity for me to learn more about it.  Anyway, this is one of the most rewarding things I’ve composed.

You have attended the Art Institute. Other than music, which other forms of art do you enjoy?

I love all forms of art and I try to make special and unique everything that’s around me; even things that may seem unnecessary or no noteworthy just like the thought of the Dada Surrealist Movement, like a big F*** YOU to the whole idea of art.
I am always looking for something new, I like to surprise myself and be curious, especially in the visual arts and cinema.

I really like your style. As a woman in this industry, do you feel any pressure and do you care much about being or looking a certain way?

I always follow and believe in my own feeling about the style and music. I haven’t felt any pressure. I like to evolve and change my style to grow up as an artist. Sometimes artists follow the latest music trend but it’s very dangerous to change the style, just to keep the attention of the hyper bloggers. In this way anything good won’t be done, only experimental and throwaway projects.

And finally, what would you like to achieve as a musician in the next year or two?

I’m starting to work on a few new projects which are totally different from TT and I’m going to increase my stuff.

So music, music and music! 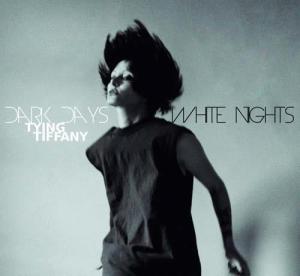 Here I give you something unique and original from across the water. Meet Celebrity Traffic from Victoria, British Columbia.

Rock, funk, electro and fun! I’ve had a soft spot for them since I’ve heard their tracks Stone Crows and Serena. This band offers sound you hardly hear anywhere else. And that’s how I got hooked on their music. For their originality and creativity.

Three friends Sean (guitar/vocals/harmonica), Joel (bass/ keyboards/vocals) and Brandon (programming/drum machines/keyboards/vocals) started casually jamming and improvising together three years ago, realizing there was enough spark for creating something special and unique, that’s hard to match. Mixing electro with grunge and hard rock, the band says to be unpretentious about what they do when they make music.

One thing that’s important to them is wanting people to have fun! And that’s what Celebrity Traffic does really well their funky, casual appeal. There is an amazing contrast between the electro and guitar elements in each of their songs.

Their album We Bleed Blood contains 8 tracks and each of them is very different. You hear the diversity through the whole album which shows that these guys have talent to create something new and interesting each time.

You can dance, you can rock and you can have fun with the lyrics of the tracks. The album will keep you entertained in many ways.

The lyrics represent elements of life such as anger, joy, fear, sadness… all the feelings we all go through and can relate to. The key is being real and honest.

Their unusual and effective sound brings excitement and energy into the world of music and especially to people.

The guys are hoping to make it across the water and I wish them all the best for it to happen . It would be a great experience to see them jamming live over here in UK!

Take a look at some of their music and you can even download their track Stone Crows for free!

I recommend their album We Bleed Blood, especially the tracks Stone Crows, Serena, Busted Lips and Significant Other but I have to say that I also love the last track Wallflower for it’s fun lyrics! 😉

If you’re impressed, get the album! It’s worth it. 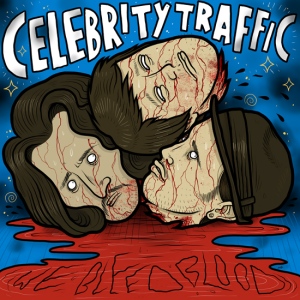