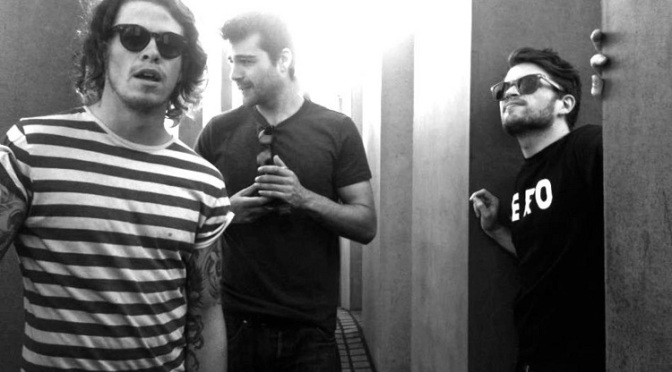 Alternative trio LTNT have been painting their mark around the London underground scene for a few years now, and it would be wrong not to inform you that they are actually one of the most thrilling bands about. Their newly released single Body Blood, taken from their upcoming EP DAO (out 24th March), is a power driven tune that strikes with deadly riffs and fearless vocals. You can watch the gripping video for the track right after our chat with LTNT’s main man Liam Lever.

END_OF_DOCUMENT_TOKEN_TO_BE_REPLACED 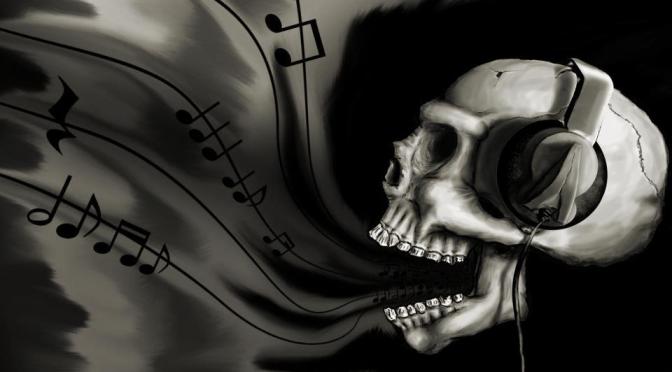 There is so much good music out there that you may not have come across yet, so let MGMB help you.

Playlist #7 lets you discover some great and interesting bands who master music worth your attention.

London based 5-piece The Microdance come with a high dose of dreamy atmospheric sound, providing a great mixture of 80s synth pop, 90s alt rock and shoegaze. They are ready to dazzle you with their engaging tunes, which are charged with magnetic vocals. The band can pride themselves  with an ability to produce truly unique and appealing tracks, that will take you on a special musical journey. Even The Joy Fomidable love them!

Good news is the band are about to release their next single in September and start working on a debut album!

Read on to discover more about The Microdance in the following interview with the lead singer Alex Keevill.

When and how did The Microdance come together as a band?

This incarnation? Through a shit load of trial and error! Originally it was just our old drummer James and me, we recorded a couple of EPs together and I wasn’t too bothered about playing live, I was kind of down on the idea of other people! But since the live version – for want of a better word – came into being, it’s been like a revolving door, that’s my fault though for showing zilcho discretion! Lots of mismatches and some pretty horrible gigs later, we’ve got something close to the perfect blend. I’ve said this a few times before, perhaps overly optimistically, but this time I really think it’s true; this band and the people in it, Gavin, Thom, Rob and Shona are a fucking killer – more than I could ever of hoped for. Pretty much nobody knew anyone else in the band and it’s all been done through classified ads. We’re not very organic like that!

How would you describe your sound and the meaning behind your music?

I think our music is a cocktail of lots of exciting elements. We love shoegaze, we love alt rock, some of us love heavy metal, we love new wave, we love post punk, we love dream pop and psychedelia – it’s all in there and we try to keep it cohesive. There’s a lot of pain in the music; but it’s bright pain, tinged with hope. It’s never been my goal to bring people down with a song – what’s the point in that?! So while it’s emotional vomiting, it’s the vomit of someone who’s eaten a lot of skittles! I hope we’re making music with substance because there’s not a lot of that around at the moment.

What’s your favourite song you have written so far and why?

It’s probably one that’s going to be on our album, ‘The City Was Cruel to Our Love’ – it manages to be slow and beautiful without being maudlin and then somehow it manages to be super intense and pretty heavy without touching on metal. It’s a great blend of contradictory elements that never get lost. We think this one will be kind of the centre piece for the album, although it’s in very good company and may well be usurped by one of the other 7 minute plus songs!

Were you influenced by any other musicians or records that gave you the idea to start playing music?

Too many to mention but I think it gets to a point where this thing, this notion of being a musician, gets its barbs into you and becomes your raison d’etre without any conscious reasoning. That could’ve happened when I first got Purple Rain when I was four (i think), but it’s probably an accumulative thing.

Other than the people you’re with now, if you could get any musician, living or dead, who would be in your “dream band?”

Prince, Morgan Kibby, Stevie Nicks, Billy Corgan, Peter Hook and Jimi Hendrix. I’d sit that one out and just spectate while having a milkshake with J Mascis – who didn’t quite make the cut, on the grounds that Billy and Jimi are already soloing excessively on every song.

Can you tell us about one of your fondest musical memories?

The summer of 1993, falling in love with Siamese Dream – that thing didn’t leave my ears for 3 months – and meeting my childhood sweetheart, soulmate and now wife. Unbeatable!

Is there any particular place on earth you’d like to tour with the band?

There’s nowhere that I wouldn’t love to play, so  I guess the answer would be determined by my dream travel itinerary – because I’ve given up predicting audiences’ reaction to our music – it’s led to way much disappointment in the past. Speaking of which, scratch that first sentence – Uxbridge and Kings Cross, I’m not playing Uxbridge or Kings Cross ever again!

What can we expect from The Microdance in the upcoming weeks/months regarding shows, releases etc.?

Hopefully we’ll have a new double A-side in September, then we’re gonna chill out on the live front for a while as we prep the album which we hope to have done by February. You’ll probably see us greased up and ready for action in your town within a year.

In this week’s playlist you’ll find a great mixture of genres to please your ears! Enjoy!

Over the past week, there have been some great new videos and singles released in the music world.

Catfish and the Bottlemen