Yes, I am a huge fan of fiN and I am bloody proud of it.

We all knew that their single launch for Twenty Three/Eve at the Bush Hall (Wednesday 18th April) was going to be unmissable as the guys had some great surprises in store. They were really good with not spilling the beans on what was coming, but with announcing their support acts Whales in Cubicles and The Jessie Rose Trip; this show was already set to be their biggest yet.

Releasing a new saucy video for their track Eve (watch below)  just a couple of days before the show got us all even more excited!

The beautiful Bush Hall was packed with people closest to the band and their dedicated fans. Some travelled from various places and some even flew over from abroad. It’s all worth for their fantastic music, their extremely hard work they put into it and their friendly and humble approach and appreciation to their fans.

I loved their last launch party at the Borderline but I must say that this show at Bush Hall was the one with a real WOW factor.

The first support act The Jessie Rose Trip from Manchester opened the show with some fresh soul-rock tunes and incredible vocal from the beautiful lead singer Jessie Rose. They surely got the audience chanting and clapping in no time. Check out their Facebook Page and watch this space! 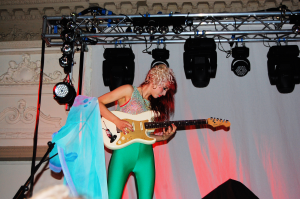 The next support act were one of my other favourite up-coming bands Whales in Cubicles. Knowing they were going to perform at the fiN’s single launch party was another reason to be there.

They simply took over the stage with their rock’n’roll power and showed the audience some proper, loud and exciting sound. They did a great set of songs including their top tracks We Never Win and Across America and they definitely warmed up the audience for fiN! If you haven’t heard them yet, go and also check their music out on Facebook.

Oh boy, fiN were not kidding when they said they had something big in store for us.

When they appeared on stage surrounded by cool laser lights, the energy in the room went up by 100 degrees. And you could see that the guys were ready to give us a show we were not going to forget.

Singer Luke was showing off some great dance moves and took over the whole stage together with Jonny’s and Kerry’s guitar rocking while Simon was killing the drums. The atmosphere was electrifying. Especially with tracks like Twenty Three, Rapture and Changes Everything. 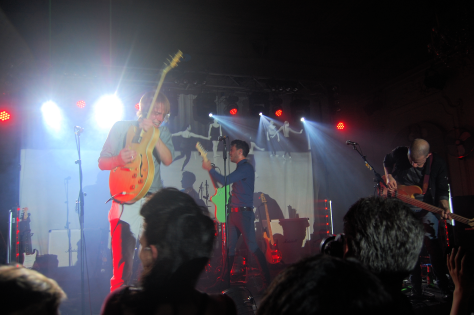 All of their videos were showing in the background and as with their promise of some nudity, they screened an ‘uncensored’ version of Eve, which probably made all the boys in the room really happy. 😉

They even did the famous cover of Once In a Lifetime by ‘Talking Heads’ and presented a great rare video for Everybody Dies Alone.

All of their tracks are so damn great and catchy. Their music has a special energy and vibe that you just can’t help but love. 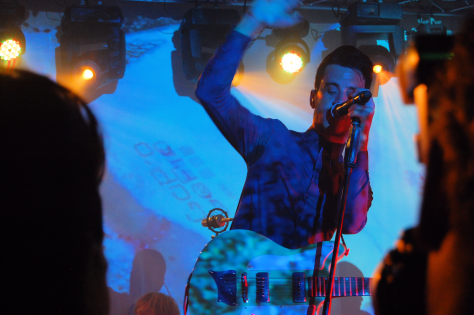 After this show, I have no doubt that fiN is going to be headlining huge venues in no time. And the fiN fans will be there.

In fact, go and check out the amazing fiN faN forum and join!

Trust me, it’s great to be a fiN fan!