If you haven’t heard of Dry The River yet, then I assure you that after you give one of their songs a listen, you won’t forget them. That’s exactly what happened to me. The first song I came across from this band was Weights and Measures. One of the most emotional and touching songs I’ve heard among the new up coming bands and artists.

‘I was prepared to love you and never expect anything of you’ are the beautiful chorus lyrics that lead singer Peter Liddle cries out with his angelic voice.

Their so far released EP’s are a must and they’ve kept me happy until I finally got my hands on the stunning deluxe version of their debut album Shallow Bed.

Dry The River will surprise you by going from gentle to very powerful guitar riffs and by their strong and passionate vocals, that many artists would kill for. Their background includes playing in hardcore post punk bands, so don’t expect them to be very calm on stage.

The lyrics are very poetic, some even with religious symbolism and blend in greatly with the mesmerizing sound. Very rich and non-forgettable melodies transfer you to a different world of striking guitar and violin pieces.

Shallow Bed, especially the deluxe version, is full of stunning tracks, live and demo recordings and a couple of great videos made for the fans. My favorite tracks include New Ceremony, Shield Your Eyes, The Chambers and The Whales, Bible Belt, No Rest and Weights and Measures. I can already call it one of the best 2012 albums!

It’s even Huw’s Stephens’ record of the week on BBC Radio One!

Dry The River surely is another incredible band hitting the UK music scene!

They are doing a few UK shows at the moment before they go touring in America! But they’ll be back for another UK tour in April and I shall make sure to catch them live! 🙂

I’m hoping to have convinced you to get your hands on this amazing piece of music! 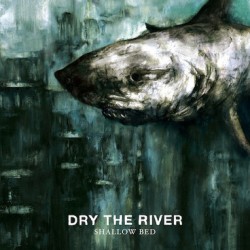 One thought on “Dry The River, Shallow Bed”